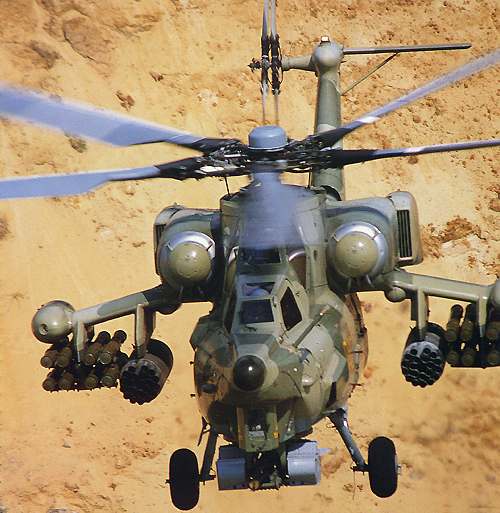 According to several reports, Ministry of Defence of Russia declared Mi-28 as the primary assault helicopter for its chopper fleet. The decision is to be finalized and become official in December. Main contenders are Ka-50 and Mi-28. Earlier, MoD was leaning towards more elegant and reliable Ka-50 Werewolf, however fire power and greater armour has always been always given priority. Most important factor traditionally is crew-safety where Mi-28 proved to be superior.
Currently, OKB Mil is also running massive Mi-24 modernization funded by MoD. One of offered versions Mi-24VK-1 with night-vision equipment is already on tests in Moscow. By December another version designated Mi-24VK-2 will join the program.
Besides that, OKB Mil is still testing night version of Mi-8 transport helicopters 4 of which are earning combat hours in a fight against religious maniacs in Chechnya.