I know of vintage plans by Paul Strayer, published in various issues of Popular Mechanics Magazine in 1954.....

fouteman> I know of vintage plans by Paul Strayer, published in various issues of Popular Mechanics Magazine in 1954..... 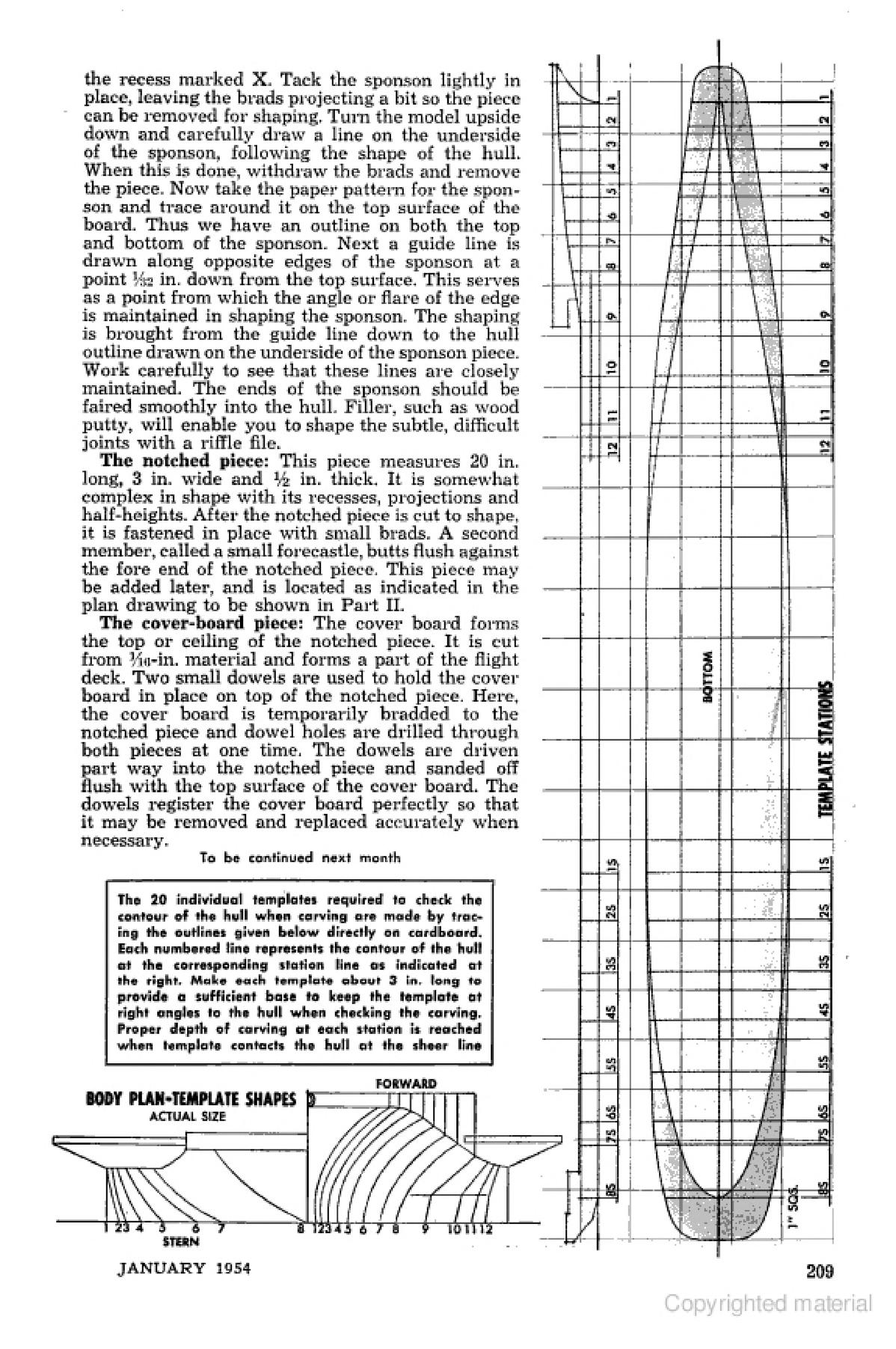 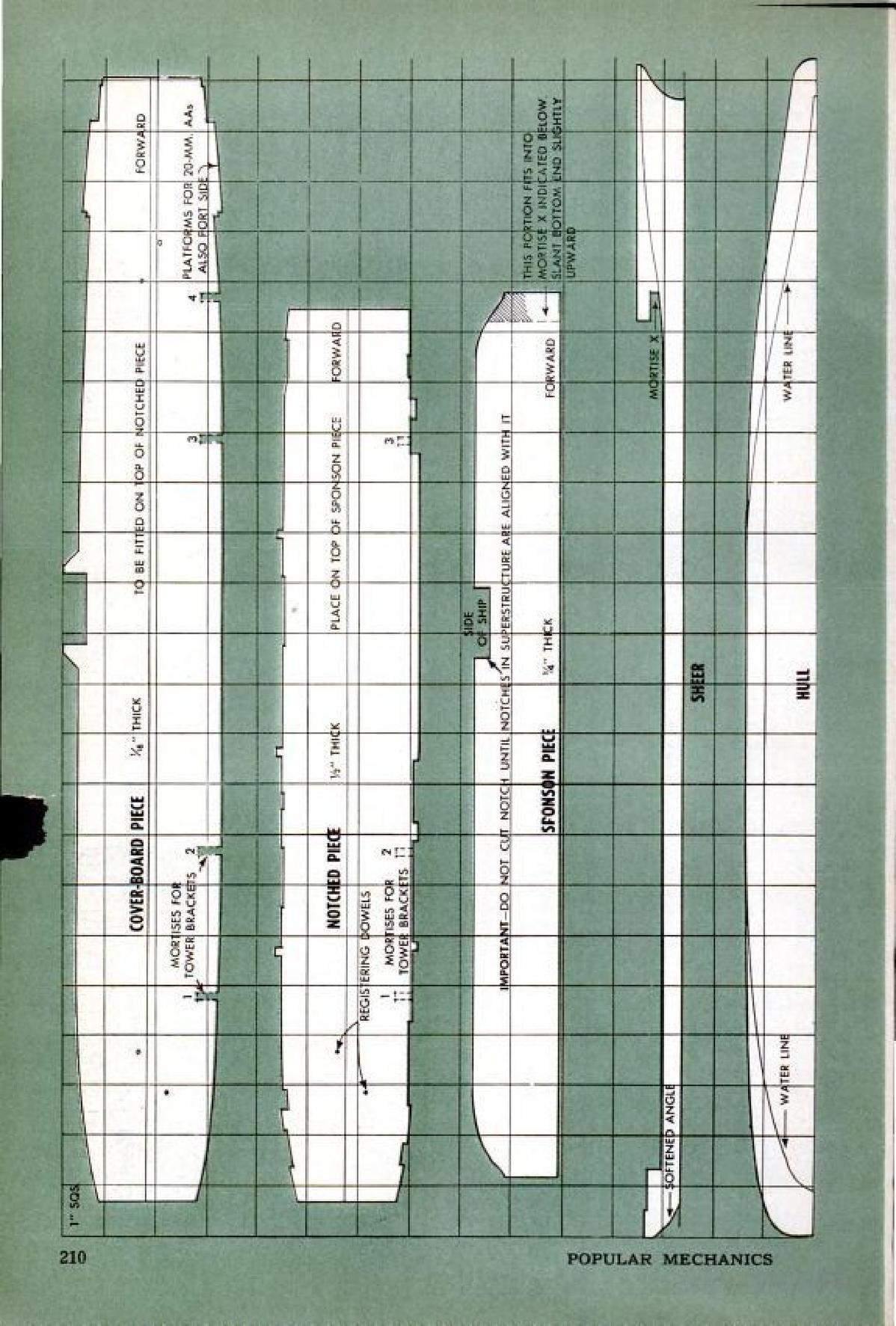 US aircraft carrier under attack from Japan (1943) MAC = Merchant Aircraft Carrier. These were merchant ships with a flight deck added on top. Purpose was to provide air cover during (Atlantic Convoys) while carrying cargo. Crewed by Merchant Marine, with military crew added for flight operations, so these ships were merchant vessels, not naval vessels. Aircraft carried: 3 or 4 Fairey Swordfish biplanes. The grain carriers had an hangar, the tankers did not, so they had to park the aircraft on the flight deck

Operated by British crews, except MV Gadila and MV Macoma operating under Dutch flag, with Dutch aircrew. (So yes, in the 20th century the Dutch operated 4 aircraft carriers, not 2)

more info in this wikipedia article: Some differences:
- Midway class was 30 meter longer and about 7 meter wider at the waterline than the Essex. Passage through the Panama Canal was not possible for the Midway class, the Essex class did fit into the locks.

- Midway class had lower freeboard than the Essex class.

- All guns on the Midway class are placed at the side of the ship, the Essex class had their 5" guns placed on the flight deck.
Прикреплённые файлы: