During fall of 2005, RKK Energia, the developer of Russia's next-generation manned spacecraft, embarked on another major revision of the yet-to-be-built Kliper reusable orbiter, Russian space officials said. It would be the third significant re-shaping of the spacecraft configuration, since it was first unveiled to the public in February 2004.

The latest design includes not one but two vehicles: the Kliper reentry glider itself and the Parom (ferry) orbital tug — a new element of the system, which would be launched by a separate rocket. Splitting the spacecraft into two independent segments would enable their launches onboard a modified version of the Soyuz rocket, which has been a workhorse of the Russian manned spaceflight for decades. The launch vehicle, designated as Soyuz-2-3, would become a culmination of incremental upgrades currently planned for the Soyuz-2 family of rockets. Previously, RKK Energia considered launching Kliper onboard of a heavily modified Soyuz-3 rocket, existing Zenit-2 launcher or yet-to-be-built Angara rocket.

As added bonus, the use of the Soyuz-2-3 rocket would allow launching the Kliper from European Space Agency's facility in French Guiana, offering extra payload capabilities due to its geographical location.

The unmanned Parom orbital tug, carrying propulsion system for orbital manuevering and additional habitation volume, could be launched first, awaiting the manned Kliper in orbit. Upon the Kliper launch, the two vehicles would dock, with the Parom providing all orbital manuevering, attitude control and docking needed to reach the space station or higher orbits. At the conclusion of the flight, the Kliper, carrying the crew, would reenter the atmosphere and glide to Earth, while the Parom, with enough propellant onboard, would be parked in orbit, awaiting next manned mission.

The modular nature of the Parom spacecraft adds a potential for virtually unlimited upgrades of the vehicle. As a result, the Kliper-Parom combination could become a foundation for the manned exploration of the Moon and even expditions to Mars. 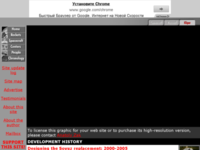 The history of the Kliper project by Anatoly Zak // www.russianspaceweb.com