There was another one from the States.

A pilot asked for taxi clearance and was given his directions by a woman in the airports ATC. Anyway the pilot missed the turnoff point and on seeing this the ATC woman went ballistic (commonly know as PMT).

She went off for about 5 minutes about how stupid the pilot was, how this mess up would now involve a 30 minute delay of all flights... and so forth.
When her rant ended, there was absolute ATC silence for a while, then a voice popped up.
"Wasn't I married to you?"

Airplane to Tower: "Call me a fuel-truck"
Tower: "Roger, you are fuel-truck"

Tower: Have you got enough fuel or not?
Pilot: Yes.
Tower: Yes what??
Pilot: Yes, SIR!

LH741: Tower, give me a rough timecheck
Tower: It's tuesday, Sir.

ATC: RFG 312 fly directly to OLNO VOR. Do you need a vector?
Pilot: Ah, no, thanks. We can receive the VOR from here. It's in the direction of the moon.
ATC: Yes, that's possible, but we don't have the moon on our screen.

Pilot: Tower, there's a taxi-light lit.
ATC: Oh, I hope they're all lit.
Pilot: Sorry, I mean it's BURNING

Tower: Lufthansa 893, number one, check for workers on the taxiway.
Pilot: Roger...(After a short break)...We've checked the workers, they are
all working.

Tower: Delta Bravo Charlie, is your squawk really 7046?
Pilot: Positive.
Tower: Okay, then I'll send you a dredge for assistance. Your altitude is minus 90 feet.

Tower: Mission 123, do you have problems?
Pilot: I think, I have lost my compass.
Tower: Judging the way you are flying, you lost the whole instrument panel

The story goes that Air Force One was over the UK a few years ago and called up a USAF base
"Requesting Radar".
"What is you position?" asked ATC
"You got radar you find us" Air Force One replied.
After a few minutes ATC announced "Air Force One we're changing frequency"
"What frequency are you changing to?" asked Air Force One
"You've got 720 channels - you find us!" ATC replied.

Pilot of an Alitalia, whose cockpit has been paralyzed by lightning: "Everything's dead. Nothing is working anymore. Even our altimeter isn't showing anything .... After five minutes of lamentation the pilot of another flight broadcasts: "Shut up and die like a man!"

Pilot: Have only very little fuel remaining. Request urgent instruction.
Tower: What is your position? We don't have you on the screen.
Pilot: We're sitting on runway 2 and have been waiting forever on the fuel truck.

Dude, those Kamakazi pilots in WW2 were crazy... If they threw me in a plane and told me to go crash into something, I'd just take off and go somewhere else. Like on vacation or something along those lines. I'd go to Hawaii. Er... wait... Trying to finish my final semester of college 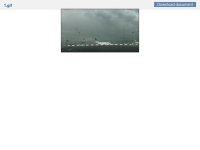