There are hundreds of drones competing for attention in Las Vegas at the 2016 Consumer Electronics Show. // uk.reuters.com 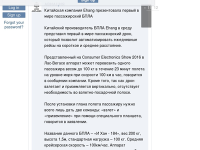 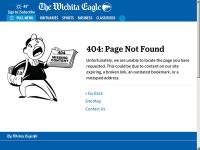 Company officials say that once a few final details are finished, the drones will be able to perform a variety of tasks such as searching out remote transmission line breaks, pinpointing storm damage and inspecting wind turbine blades.
“The abilities with these systems are endless,” said Jason Klenklen, supervisor of transmission maintenance and one of Westar’s two drone-qualified pilots. “You name it, it can be done with them – anything from aerial inspection of wind turbines to shooting pictures for our communications department.”
Predator drones they’re not.
The two drones Westar is getting approved are quad-copter-style machines about 2 to 3 feet across, including the propellers – similar to what a model airplane enthusiast might buy from a hobby shop. They weigh 5 to 12 pounds, most of which is the batteries, Klenklen said.
But while they’re more or less the same size as hobby drones, they’re not toys. If one gets wrecked, it has to be reported like an actual plane crash.
“It’s not fun and games when you’re doing this stuff,” Klenklen said. “It’s all seriousness when it comes down to flying them.”
One major advantage to drones is they’re inexpensive to buy and maintain compared with crewed aircraft. The drones Westar wants to use cost about $5,000 to $15,000.
Most of the cost isn’t the drone itself but the high-quality sensors and cameras that allow for close and detailed inspection of utility towers and lines without having to put a human in danger, Klenklen said.
“It’s safer for all involved,” Klenklen said.
Take, for example, inspecting a wind turbine blade for damage or defects.
Using a drone can eliminate such unnerving tasks as having to ride up on a 200-foot-tall bucket truck or having a worker in climbing gear rappel down the blade from the hub 200 feet above the ground, Klenklen said.
Westar plans to focus at first on using the drones for emergency line inspections, because they can be deployed faster, which helps restore power quicker than other methods, Klenklen said.
Operators can put the drone in a pickup and take it out to a problem area faster and cheaper than they can prepare and use a helicopter for the task.
Under current FAA regulations, Westar will be able to fly its drones only in remote areas of its service territory. One rule specifies that only those who are part of the technical team – in essence, pilots and observers – can be within 500 feet of the drone when it’s in use.
“Say there was somebody camping under the line or something like that; we cannot fly over them,” Klenklen said.
FAA regulations also require commercial drone pilots to be licensed to also pilot manned aircraft. And the drone always has to be in the line of sight of the operators.
Westar has been working since 2013 with Kansas State and other universities to develop its unmanned aerial program.
The company still has to get some final approvals from the FAA before it can launch. Until then, the drones can’t be flown even inches off the ground except in a drone aviary like the one at K-State-Salina, company officials said.
“We’ve got to go through the registration process and all that, just like a manned aircraft,” Klenklen said. “Some people think it’s kind of silly that we have to jump through those same hoops, but unfortunately, where we are at regulatory-wise, that’s what we have to do.”
The FAA exemption granted last week is the biggest hurdle. Klenklen said he now hopes the rest of the process can be measured in weeks instead of months.

Amazon Prime Air unveils redesigned delivery drone
Amazon Prime has released photos and video of its re-designed proposed delivery UAV, and it is a major departure from the more traditional quadcopter initially touted by the company. The aircraft is a hybrid design that will take-off and land vertically, but flies like a traditional fixed-wing aircraft between take-off and landing. Amazon says the new UAV has a range of over 15 miles and can fly as fast as 47 knots (55 mph). The company says in the video that it is working on several variants that can operate in different environments and for special purposes. The aircraft also would use at least some level of sense-and-avoid technology and will be able to scan for an appropriate landing spot once it arrives and its programmed destination.﻿ Skeye acquires two HEF 30 UAVs from High Eye
Skeye, a Dutch provider of professional UAV services is pleased to announce that it has signed a twoyear lease agreement with High Eye for the use of two HEF 30 VTOL UAVs equipped with a daylight and infrared camera.
The HEF 30 is a fuel-driven unmanned helicopter, designed by the Dutch UAV manufacturer High Eye. It is currently the most compact industrial grade VTOL UAV on the market. At a maximum take-off weight of 21 kg, it can carry more than 5 litres of petrol and payloads up to 5 kg. It offers flight times of more than 3.5 hours, even when carrying heavy payloads or during operations in harsh environments. The system is fully automatic, rated for demanding weather conditions and prepared for controlled airspace integration.
The HEF 30 is a perfect fit for Skeye in order to expand its services into to the surveillance and security market. The agreement is in line with Skeye’s strategy of augmenting its service level for aerial surveys and inspections across the globe. Managing director of Skeye, Pieter Franken, states: “We have come to know High Eye as a top quality manufacturer of UAVs and are pleased to see an extremely high skill level among its employees. This gives us the confidence to integrate the HEF 30 into our operations”.
Joost de Ruiter, CEO of High Eye, says: “We are highly pleased and proud to have Skeye as our customer for the new HEF 30. Skeye is world class player in the field of survey and inspection with UAVs. We are convinced that with the feedback from such an experienced operator we will be able to improve our products in the future. It is great to reap the fruits after 2 years of focus, hard work and substantial financial investments. We are confident that the HEF 30 will be regarded as a reliable and affordable long-range VTOL UAV by more operators”.
Two pilots of Skeye are currently undergoing a rigorous training program at High Eye. Skeye expects to take delivery of the two systems in Q2 of 2016.
Skeye is market leader in the Netherlands for providing professional aerial survey and inspection services with UAVs. The company has opened offices in the UK and Germany. Skeye differentiates itself by placing a large emphasis on regulatory and safety aspects and has become the provider of choice for large international companies. Projects have been executed in all major European countries as well as Angola, Nigeria, Croatia, Georgia, Papua New Guinea and the United Arab Emirates.﻿

Just after few month after famous chinese unmanned airtaxi was revealed, Nokia says to showcase its basically the same "innovative Unmanned Aerial Vehicle Traffic Management (UTM) concept" for the safe operation of Unmanned Aerial Vehicles (UAVs) via LTE at the UAE Drones for Good Award event in Dubai from February 4-6. The real-time demonstration follows an invitation from the Organizing Committee of the UAE Drones for Good Award, launched by His Highness Sheikh Mohammed bin Rashid Al Maktoum, Vice President and Prime Minister of the UAE and Ruler of Dubai. An LTE network is a secure foundation for network operators, governments and public safety authorities to monitor and control drones.

By Joachim Wuilmet, head of Customer Marketing and Communications, Middle East and Africa, Nokia words, LTE enables innovative high-bandwidth services for the telecom industry and beyond. This resource enables Nokia’s UTM concept for operators and authorities for the safe operation of drones as part of the development of smart cities in UAE and around the globe﻿

Lufthansa, DJI sign deal to develop commercial drones
Lufthansa Aerial Services, part of the German conglomerate that owns Europe’s major airline, has stepped up its stake in the drone business. Last week the company signed a deal with Chinese drone maker DJI to develop unmanned aircraft for a number of commercial purposes, such as inspecting railroads and airport runways. The agreement solidifies the collaboration between the two companies, which have been testing drones for various missions. Lufthansa recently used DJI equipment for a pilot project to inspect wind turbines, a process that could eliminate the need for steeplejacks to scale the towers.﻿ pLpbwA3Xg9k.jpg @ pp.vk.me [кеш]
With a range in excess of 100m and able to measure over water, the SF11/C is the most cost effective laser altimeter for drones on the market today.

Compatibility with Pixhawk and derivative flight controllers and its multiple interfaces including serial, I2C, analog and USB make the SF11/C the easiest plug-and-play solution for altitude holding, terrain following and safe landing.
The SF11/C was developed to handle the unpredictable real-world conditions that sensors face when attached to a drone. Environmental factors including vibration, wind, noise, temperature fluctuations and extreme contrasts in lighting from brilliant sunshine to pitch dark are all managed by the SF11/C, and whilst all this is going on, the SF11/C measures to rapidly changing terrain, giving stable results over wet and dry surfaces without producing false readings.
Tests conducted by the Center for Research into Ecological and Environmental Modeling at the University of St Andrews in Scotland demonstrated the abilities of the SF11/C over wetlands and open water. Their requirement for consistent results under these difficult conditions was easily met by the SF11/C, contributing to important conservation work.
An important characteristic of the SF11/C is its long measuring range. This is especially useful during changes of roll or pitch angle. Data from the IMU is used to correct for geometric effects during such maneuvers, but this only works correctly when there is valid measurement data from the laser. The SF11/C’s long measuring range of 120 meters makes this possible. In addition it has a customizable option to hold the last reading in out of range conditions in case of severe banking.﻿